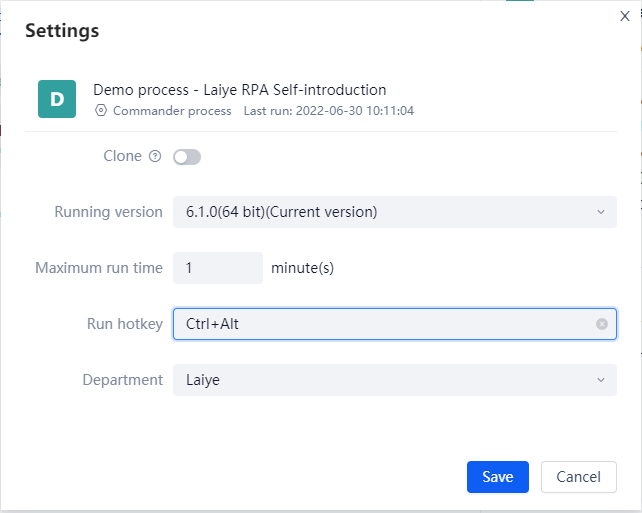 Whether to start Clone. When the sliding switch of Clone is in the "on" state, the user will run through the "Clone operation" mode when running Process or Group, which will not affect the user's operation on the current desktop.

The running version refers to the version of the Attended client running the current Process.

For any Process, the current version of the Process robot is used by default to run the Process.

How do I add another running version?

If you need to select a historical version, you can go to "Settings > version management" to add a version.

Maximum Run Time refers to that if the Process runs for this time, the Process will automatically stop running.

The operation hotkey is to trigger the Process operation by pressing the keyboard key (including the combination key).

Department is the Department of the user. If the user belongs to multiple departments, you can select one from them. After selection, you can view the operation of Process in different departments on the robot commander.